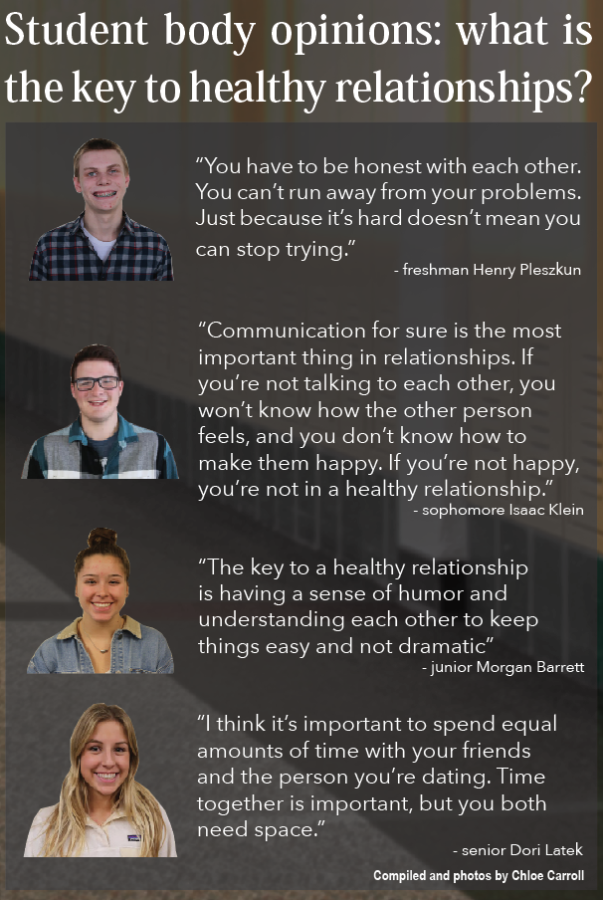 Compiled and Photos by Chloe Carroll

Struggling to come to terms with his sexuality, painfully insecure about his image and lacking a strong role model, Wyatt Evans, intimate partner violence and abuse specialist, fell head over heels for an abuser.

“[My abuser] isolated me from family and friends, the verbal abuse began, [and he] threatened to out me at work … sadly, this cycle continued for many months,” said Evans. “Because my self-esteem was nearly in the toilet, I thought [his abusive] behavior was a demonstration of love.”

What Evans experienced was relationship abuse. Fatima Smith, assistant director of sexual and intimate partner violence, stalking and advocacy services at Virginia Commonwealth University, said relationship abuse is “abusive and controlling behaviors that one person uses against another in order to gain or maintain power and control in the relationship.”

“Psychological abuse occurs when a partner [uses] tactics such as manipulation, isolation, humiliation [or] degrading language that may cause psychological trauma, depression and/or a lowering of self-esteem,” Smith said.

According to Smith, there are several types of abuse other than psychological, including physical, financial, spiritual and sexual abuse.

Jeff Temple, director of behavioral health and research in the Department of Obstetrics and Gynaecology at the University of Texas Medical Branch at Galveston, said relationship abuse affects both adults and teenagers.

Senior Alex Amini said students need to be conscious of the importance and impact of relationship abuse.

“Honestly, I don’t see any behavior that is inappropriate or abusive in the relationships I’ve seen,” said Amini. “But relationships do affect lots of kids here, and maybe understanding the signs of bad relationships will help students in the future.”

According to Temple, those in a relationship may sometimes be blinded by attraction, so listening to advice and observations from friends and family can be effective in identifying abuse.

“Healthy relationships are important to every aspect of life, and listening to those around you while studying the signs of what is healthy and unhealthy can help you identify what is and is not right,” said Temple. “If we know what relationship abuse looks like and know [the] risk and protective factors, then we can avoid unhealthy, violent relationships.”

Senior Emma Vickery said that because many people simplify what relationships entail, it is easy to confuse healthy and unhealthy relationships.

“I think sometimes people think that relationships are only about the romance, but there’s so much more than that,” said Vickery. “A healthy relationship means there’s mutual respect and support that fulfills more than an intimate or romantic need.”

Evans said some of the signs of a non-physical abusive relationship include one partner constantly keeping tabs on the other, trying to isolate one partner from friends and family, derogatory insulting, excessive control through threats and accusations or extreme jealousy.

“The most telling sign is fear of your partner,” said Evans. “[Like if] you feel you have to ‘walk on eggshells’ around him or her.”

Smith said even if the victim of relationship abuse realizes that his or her relationship is unhealthy, under some circumstances the person will stay in that relationship in the hopes that the person he or she fell in love with in the beginning will “come back.”

“The relationship doesn’t start with, ‘Hi, I’m Jamie, and I’m going abuse you for the next five years,’” Smith said.

According to Temple, other reasons people stay in abusive relationships include threats, a fear of being single or an unwillingness to hurt the other’s feelings. If an unhealthy relationship is not identified and is not terminated early, there can be lifelong effects.

Smith said these effects include PTSD, stress-induced digestive problems, insomnia, panic attacks or even death, but effects vary from person to person.

“Everyone’s story is unique, and their response is unique as well,” said Smith. “It is important to listen to the survivor and ask them how they want to be supported and not to make assumptions.”

“Students here always should consider talking to their guidance counselor first, but there are so many resources,” said Gordon. “We have multiple psychologists, social workers, and students can always utilize the [Student Assistance Program], which has a program where students can anonymously refer someone who they believe is in trouble.”

According to Amini, students should strive to be better educated about both healthy and unhealthy relationship behaviors.

“There is never harm in learning more about relationships, especially considering how huge of a role they will play in … every person’s life,” said Amini. “Education and awareness are how we can solve problems like this.”