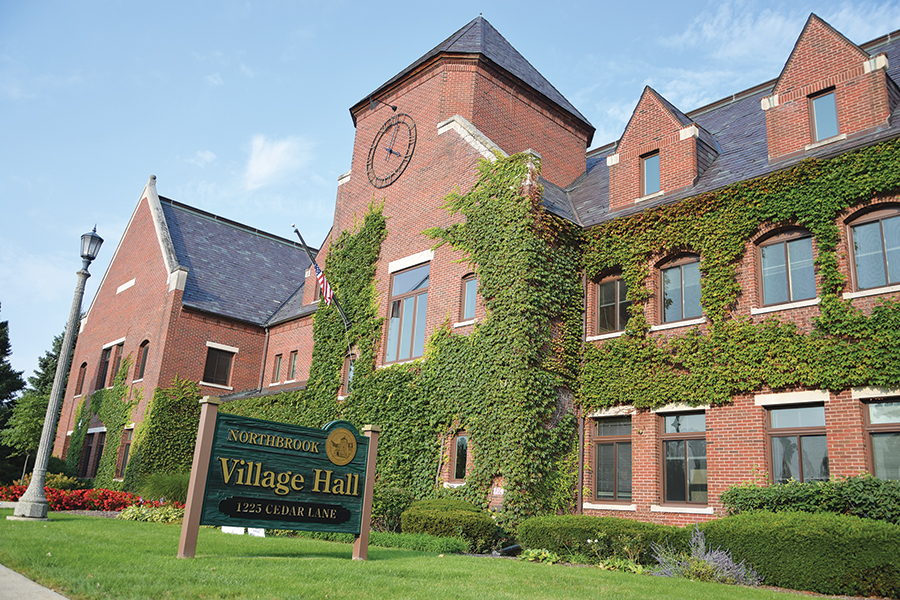 Northbrook Village Hall is one of the 31 election poll locations in Northfield Township. Other locations include Glenbrook North High School, the Northbrook Sports Center and Holy Trinity Lutheran Church. Photo by Natalie Sandlow

Older citizens are at a higher risk for COVID-19, which means that, now more than ever, there is a greater need for younger people to work at election polls. Senior Anna Alava, who also volunteers to help increase voter turnout, is among several high school students who have registered to work at the election polls this year as an election judge.

“I’ve been helping with some Asian-focus political groups that are just trying to increase Asian American civic engagement and voter turnout,” Alava said in a video conference.

Carita Wise, Cook County student election judge coordinator, said in a video conference that most high school students who work at the election polls work as election judges. Election judges are responsible for checking in voters and giving them the activation card to vote on a machine.

Training for election judges is scheduled to begin on Oct. 6 and will be conducted through online modules.

Masks, face shields, wipes, gloves and hand sanitizer will be available for judges on Election Day. There will also be social distancing markers on the floor to help people stay socially distant.

“If our locations were smaller in size, we’ve tried to increase the size or move to [a larger] room to accommodate social distancing,” Wise said.

Junior Jake Kalinovskiy said in a video conference that he signed up to work at the election polls because he feels it is his “civic duty” to make sure the election runs smoothly.

“It’s also a way for us, people who can’t vote for another couple years, to make a difference,” Kalinovskiy said.

According to Wise, she believes all students should participate in working at the election polls.

“I’ve learned so much about the election process from working so I encourage students to get in there while they’re young and learn as much as [they] can,” Wise said.

Kalinovskiy and his family have self-isolated throughout the pandemic, but he said he feels it is worth the risk to help out in the election, especially because he is healthy and plans to wear a mask.

According to Alava, she is encouraging her peers who are 18 to vote this year and is excited to hopefully see many young people coming to vote.

“I’m looking forward to helping other people vote and hopefully voting one day myself,” Alava said.