Why does holiday music elicit joy? 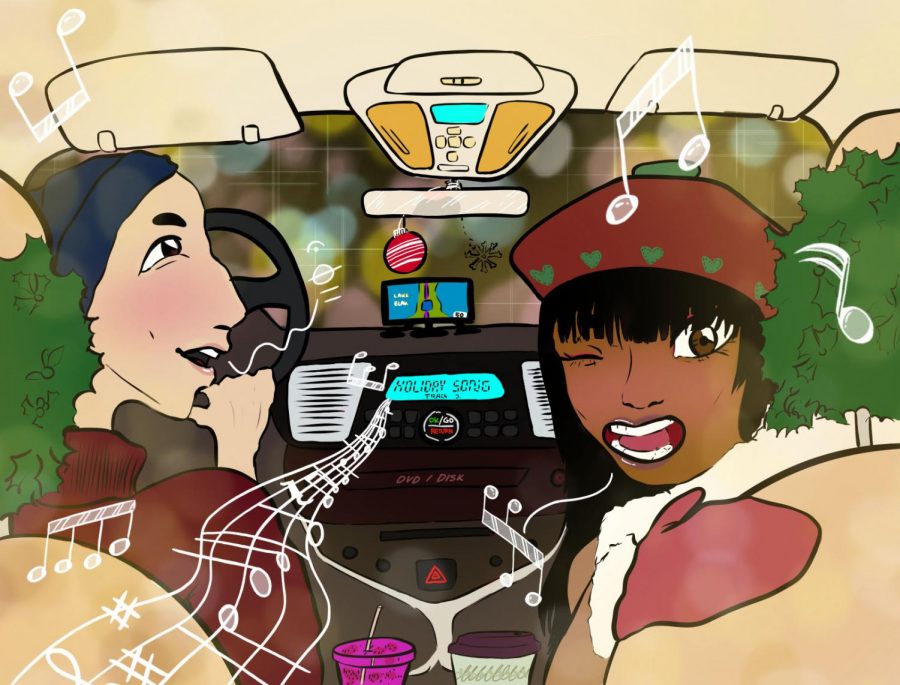 While listening to holiday music, the brain connects the up-and-down pattern of notes to current experiences and emotions. Upon hearing the music again, those memories are recalled, adding to the special nature of holiday music. Graphic by Baeyoung Yoo

With sleigh bells jingling and catchy tunes stuck in listeners’ heads for days, holiday music is an emblem of festivity and interacts with the brain to elicit strong emotional feelings.

“It’s music made for an event that is … important in the lives of people who celebrate whatever holiday it might be.

“So when we think of holiday music, we’re probably also connecting with powerful emotional experiences and memories,” Morrison said.

Brian Rabinovitz is a lecturer in the psychological sciences department at the College of William & Mary. He said in a phone interview that if people listen to a song such as “Jingle Bells” during a happy moment in their lives, their medial prefrontal cortex, which processes music and recalls memories, makes an association between the up-and-down pattern of the notes of “Jingle Bells” and the happy memory.

“Every time you get exposed to the song again, you are continuing to … add to the organization and your long-term memory of not just songs but other events that relate to those songs,” said Rabinovitz. “So if you keep hearing ‘Jingle Bells’ every year at the same time, it continually strengthens that connection between ‘Jingle Bells’ and that time of year.”

According to senior Dylan Weiss, listening to holiday music reminds him of his music class in elementary school.

“When it came around to this time of year, we would always be singing [holiday] songs in music class,” said Weiss. “I miss that because I had a good teacher and, you know, third grade, singing holiday songs, [it] doesn’t get better than that.”

In a cover of a song, if an artist improvises and changes a note from the original version, hearing the change is a surprise and a violation of the listener’s expectation. The rapid pathway interprets any violation as something of concern and activates the amygdala, creating a feeling of fear. However, the slow pathway may conclude that the violation was a nice variation and turn off the amygdala’s activation. Feeling this contrast between fear and no fear can actually be a pleasing event, Rabinovitz said.

Most holiday music is not very complex, often in standard time signatures and major keys, and is not burdensome in terms of the total number of melodies and notes, Rabinovitz said.

“You get a certain kind of pleasure in making a prediction and then having [the music] align with your predictions,” said Rabinovitz. “And certainly most holiday music has a predictable aspect to it.”

According to Weiss, he feels joy, happiness and excitement when he listens to holiday music.

“[Holiday music] gives me things to look forward to,” said Weiss. “Even though I don’t celebrate Christmas, just that time of year is always good.”