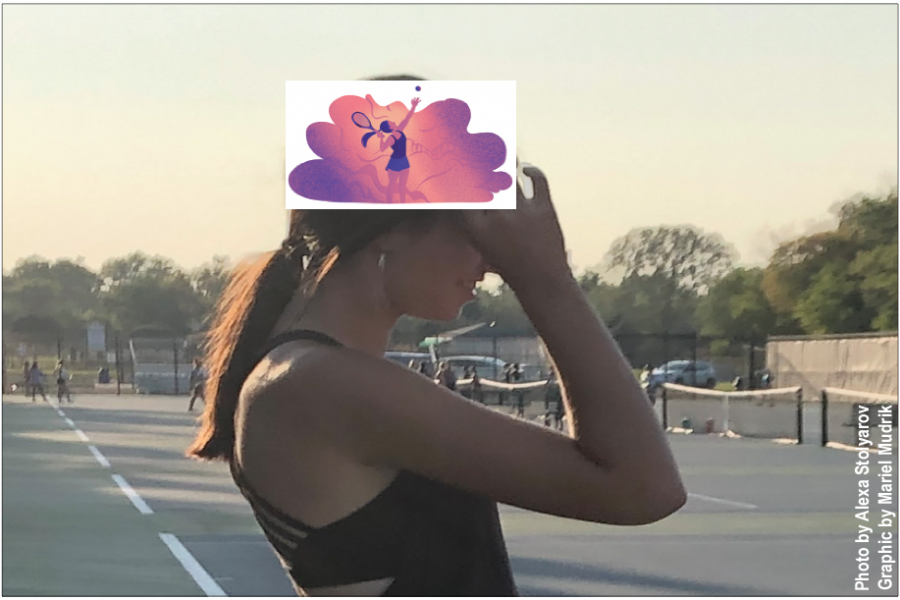 Just another day of tennis practice, senior Maya Kononets places her shots exactly where she wants them to go. She goes through a series of forehands, followed by backhands and then finishes with some serving before calling it quits.

While this may seem like a regular tennis practice, it is not. Kononets does not have a tennis racket in her hand, and she is not running around. In fact, she is not even standing up. Kononets and her teammates are lying down on the tennis court, practicing visualization.

Wade Wilson, lecturer in sport and exercise psychology at the University of Waterloo, said in a video conference that visualization is the process of creating images in the mind.

Visualization is effective because while you are visualizing, the neurological muscle pathways in your body interpret your visualization as an actual practice, said Wilson. For example, if someone were to visualize themselves practicing a tennis serve over and over again, it would have a similar effect to physically practicing their serve.

Three major psychological benefits of practicing visualization are mental confidence, decreased anxiety and being present in the moment, Wilson said.

According to Kononets, she can use visualization to mentally bring her back to where she wants to be after an off day or an off shot.

Varsity golfer Carl Gustin said in a phone interview that visualization is something many of his teammates use as preparation before every shot.

“I couldn’t hit a normal shot [one time] because trees were in my way,” said Gustin. “So I visualized myself hitting something lower to stay under the trees and visualized what that would look like. So when it came time to swing, I knew what I had to do for that sort of outcome.”

According to Wilson there is no wrong way to visualize. He encouraged athletes who are trying to get into visualization to focus on incorporating all five senses, thinking through the what, the when and the where of their visualization, as well as finding a quiet spot where they will not be disturbed.

Wilson believes visualization is a skill that should be practiced by all athletes, he said.

According to Kononets it is important to trust the process when learning to visualize.

“Just let yourself [visualize],” said Kononets. “Fully engage in it, and do it consistently, because if you do it just once it’s not going to make a significant impact.”