Do our devices listen to us? 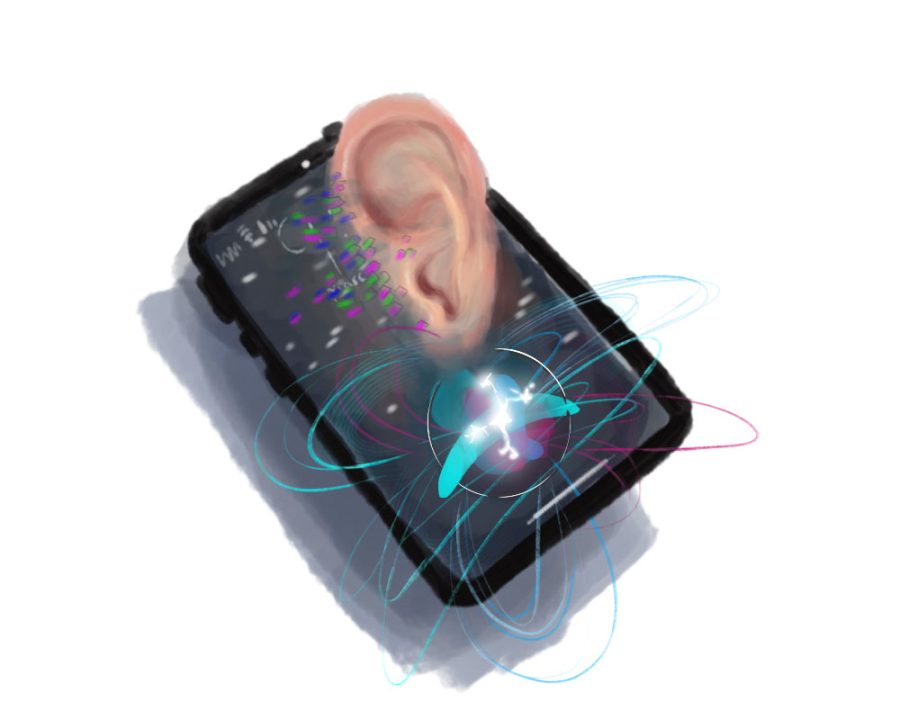 To junior Anna Mendelson, her phone is both a regular source of entertainment and a practical communication tool. While using her device, Mendelson receives frequent advertisements she believes are tailored to her interests.

“On Instagram, I get a lot of ads that have dogs in them, and I’m really interested in dogs,” said Mendelson. “I don’t own a dog, but I talk about them a lot.”

Peter Swire, professor of law and ethics at Georgia Tech and cyber law expert, said in a phone interview that phones do not listen to or record conversations.

“If you have apps sitting on your phone, they’re probably still collecting data about you,” said Swire. “So clean out your apps and only keep the apps that you really want to use.”

Users can read an app’s privacy policy to decide whether they are comfortable with sharing data with the company, Swire said.

“[Companies] are not supposed to be collecting [voice data] that would be used for targeted advertising,” said Swire. “I’m not aware of any app currently that is collecting your voice for advertising when your phone is on.”

According to junior Nathan Sever, he believes most of the advertisements he sees on his phone are random and do not target his interests.

“When I talk about something, usually it’s somethingthat I … previously searched,”said Sever. “I find it’s not all too common I get [targeted] ads.”

Kirk Borne, chief science officer at DataPrime, said in a phone interview that phones do not directly listen to users’ voices as the voice recognition feature is not active on most apps.

“I think there may bea little bit too muchfear that [listening] is happening,” Borne said.

Whenusers activate voice search and receive advertisements for items, some individuals may incorrectly believe that their phone listens to them, Borne said.

Phones only listen to conversations when users prompt them to listen to voice commands, Borne said.

“I might do a web search on my phone using my web search engine, and I’ll do a voice search,” said Borne. “[The phone] hears me, but I specifically click on the little microphone to do the voice search.”

Some devices are able to activate from a certain voice command, such as saying the device’sname or a key wake-up phrase, Borne said.

“It’s not listening in the same way that a human is listening to your conversation and knowing what you’re talking about,” said Borne. “It wakes up when it hears its name.”

There have been some instances when devices were discovered to be recording conversations and storing them without the user agreeing to it, Borne said.

Therehave been consequences for companies that have done this because devices are not legally authorized to collect voice data for targeted advertising by default, Borne said.

“Most reasonable companies will not take advantage of [technology], but there will be those that do take advantage,” said Borne. “For the most part, hopefully, it doesn’t happen. I don’t think we need to think that the world is spying on us.”

According to Mendelson, the ways in which her phone collects information from her online activity do not discourage her from using digital services.