Hayes has lifetime of basketball experience 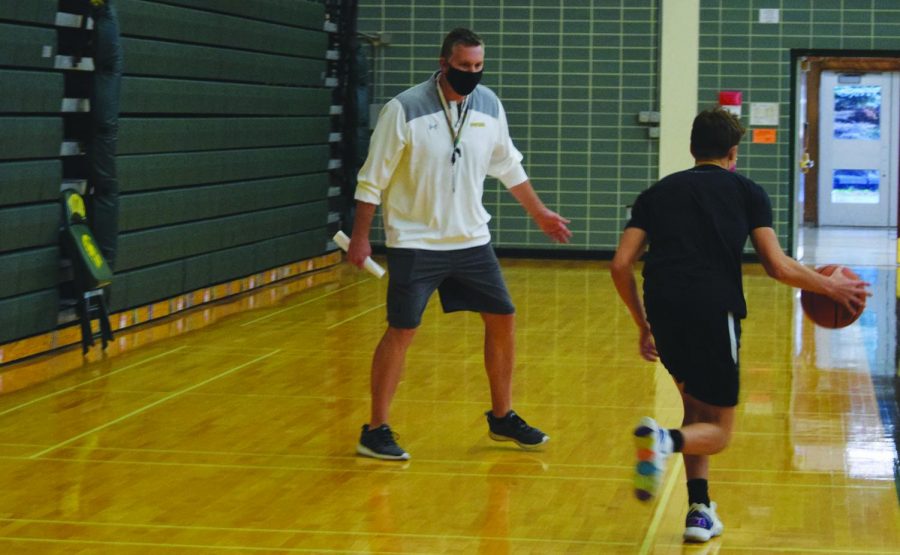 Growing up, Quin Hayes often spent his days playing basketball in his backyard with his three brothers. Hayes grew up in a basketball-oriented family and started playing at an early age.

“Every little kid growing up wants to be a professional athlete,” said Hayes in a video conference. “And sure, I had those dreams, and I was able to play at a pretty high level.”

On his way to playing Division I basketball, Hayes played for Saint Viator High School as a 6-foot-7 guard. In one of his best performances, Hayes scored 47 points.

After graduating from Saint Viator, Hayes spent a year at Winchendon School in Massachusetts, a preparatory school where he played basketball. It was an eye-opening experience moving to the East Coast and playing basketball at a higher level, according to Hayes.

“I remember early on at Winchendon we were playing against St. Thomas More, [which] is a nationally known prep school out here in the Northeast,” said Spinelli in a phone interview. “[Hayes] came off the bench for us, and in that game, he had seven three-pointers.”

Hayes received a scholarship to play Division I basketball at Monmouth University in New Jersey, where he played for the next four years.

While Hayes was used to playing at an arena with a capacity of less than 5,000 people, his team once played at Madison Square Garden, which can fit around 20,000 people.

“It was crazy,” said Hayes. “My friend and I, all we did was practice all the Michael Jordan shots we had seen growing up.”

After graduating, Hayes worked in finance before being drawn back to basketball. Hayes spent six years as head coach at his alma mater, Saint Viator High School.

Jason Kuffel, athletic director at Saint Viator, said in a video conference that Hayes and his family were well-known at the school from Hayes’s time as a student.

“[Hayes] brought a presence of confidence and [an understanding of] the student athletes, [and he drove] to make them be the best that they could on the court and off the court,” Kuffel said.

Hayes is planning to coach his first season at Glenbrook North alongside Jim Sullivan, assistant varsity boys basketball coach. They have known each other for 25 years.

“I was at Maine West [High School] during the ’90s and coached against Quin when he was a high school player at Viator,” said Sullivan in a video conference. “Great shooter — he was hard to guard.”

Senior Jeremy Gertz said in a video conference that he is excited about reviving the culture of the 2005 state championship team under Hayes.

According to Hayes, after being hired as head coach, he looked forward to getting to know the players and competing with the team.

“Even when I was a youngster … I have always admired Glenbrook North.The high school, the community — it was always kind of in the back of my mind,” said Hayes. “Someday I hoped I would be lucky enough to coach and teach at Glenbrook North, and that came true this year.”